After the 12th vote, it’s becoming apparent that Kevin McCarthy will eventually become Speaker of the House. It may take one more vote. It may take twenty more votes. I have no idea, but I’m pretty confident that Republicans will eventually legitimately control the US House and the Speaker’s position, just like they tried to do violently and illegitimately two years ago. In the meantime, Republicans have occupied my mind. They have put a song in my head, and it controls my thoughts every time I see them roll out McCarthy to nominate him for another vote. This one …

It’s a lesser-known REM song, and the lyrics are quite political. But it’s not the lyrics or melody that the Republicans have stuck in my head. It’s the title. After each vote, I imagine Kevin McCarthy being dragged out of the House dead and then buried. When the new round of nominations start, I envision Republicans exhuming McCarthy and propping him up in the House for yet another vote.

It’s not my favorite REM song, probably because I don’t understand all the political lyrics. But I do understand the prescient lyrics at the end of the song that may be a glimpse into life in a Republican-controlled House the next two years.

It’s been seven straight days of blogging about my favorite songs for each day of the week. I know how you feel. I’m sick of it, too. I really thought it would be easier. Well, we’ve reached Sunday, the final day, and I have a conundrum. I know, I should see a doctor about getting it removed. But seriously, my preference for a favorite song with Sunday in the title is this one.

I love Morrissey’s plaintive crooning backed with orchestral strings. But I can’t end a week of musical posts with Morrissey’s wailing. I feel the need to go out on a higher note. So, I’ve got one last song for you. It’s got an upbeat sound paired with a very snarky lyrical message about suburban life. Here it is, direct from the hit TV series …

END_OF_DOCUMENT_TOKEN_TO_BE_REPLACED

I was thrilled to see the sun rise and shine this morning, just as I am on every cold day. If we can’t have heat, at least give us some sun. I knew immediately what song with Saturday in the title I was going to feature. Not since Monday was I so confident in a song. I am possibly suffering from recency bias as this is a newer song, but I just love the upbeat sound and the easy, uncomplicated lyrics. This song requires 0% thought to 100% enjoy it. It’s just a joy to listen to. So, here’s some musical joy from Vance Joy on a Saturday.

As I write this post, the sun is fading and I am reminded that’s it’s almost Saturday night and reminded of another great song with Saturday in the title.

END_OF_DOCUMENT_TOKEN_TO_BE_REPLACED

If you couldn’t tell, my blog post yesterday about favorite Wednesday songs was written on a moving train. Did I really have to specify that the train was moving? Who sits and writes on nonmoving trains? Anyway, I went back in and cleaned it up a bit today before diving into my favorite song with Thursday in the title, of which there is none. Ugh! Two days in a row now with no obvious favorite song choice. Who knew this would be so difficult when I started out this week of blogging about fave songs for each day of the week? Let’s get to Friday and all the fun weekend songs.

There are some popular songs about Thursday like this link to a Jess Glyne tune with over 53 million views. But I promised a deeper dive into the music. Just like on Wednesday, I’m heading back to the mid-60s for my Thursday song. As I listen to this tune now, I can imagine some new age, indie artist named Noah in 2022 singing this. Instead, it’s a new age, indie dude named Donovan from almost 6 decades ago.

It’s just a mere wisp of a song, but so pretty with a timeless vibe to it. I think people in the 1500s would have dug it, too.

I’ll end this post on a sad note with an RIP for Christine McVie of Fleetwood Mac fame. She had a voice like an angel and was a songwriting genius.

Despite having easy choices for Monday and Tuesday song faves, I find myself with no obvious choice for a preferred Wednesday tune. I do recall really admiring the political lyrics to this Macklemore creation post-2016 election.

But it’s not a song I would choose to listen to for enjoyment. I think my Wednesday song would have to be this one, if only for how beautiful it sounds.

Oh, those harmonies! Not my favorite S&G song, but it will have to suffice for my Wednesday tune. Back tomorrow with a strong song for Thursday … I hope.

I’m taking a real deep dive on this one. This song did chart on Billboard back in 1997 and was nominated for a Grammy in 1998, but I’ll bet you have never heard it. It got some radio airplay in Chicago and the Midwest along with some MTV and VH1 exposure, but was largely ignored.

You can also ignore it. If you do, you’ll be missing a tight, snappy, catchy pop tune that will threaten to take up residence in your head for days on end. I know it has squatted in mine after I rediscovered it, but then again, there’s lot of room in my big noggin for a song to rattle around.

Abra Moore was with Poi Dog Pondering when the band formed in Hawaii. After Poi moved to L.A. and then Austin, Texas, Moore went solo before the band moved to Chicago. I guess I should say “Abracadabra” as I make Abra Moore’s forgotten semi-hit “Four Leaf Clover” magically reappear.

That’s right, from the same mentally unstable creative team that gave you award-losing cartoons such as Mulch Ado About Nothing, Mite Be Funny, and the Pulitzer Prize-ignored Flies On Washington Walls comes a new cartoon called …

Well, that didn’t go as planned. Maybe we’ll give the creative team their meds and rethink this while you enjoy a song.

I’ve never been much of a Pearl Jam fan. I like some of their music, but it really never moved me much. Pearl Jam is officially 30 years old this year, and their last album was released in 2013 to modest reviews, so I figured they had packed it in as a band. Oops, was I wrong. Welcome, Gigaton, due to be released in March. If the rest of the album is like the first 2 songs made available, then watch out.

“Dance of the Clairvoyants” was the first song released and it definitely cooks with propane. Take a listen.

Love the bass line and drumming that drive this song forward with a vengance. And just when I thought the song was ready to end as a tight 3 minute tune, the song morphs into a dreamy jam for a tasty ending.

WARNING: Dad joke ahead. Proceed at your own risk.

END_OF_DOCUMENT_TOKEN_TO_BE_REPLACED

Rudy Giuliani was born as Rudolph Giuliani. Yesterday’s holiday-themed post featured a Giuliani tweet, and it got me thinking of a festive holiday parody song featuring him. No, not White Power Christmas, Arrest Ye Guilty Gentlemen, or even O Flip All Ye Guilty. I’m talking about …

Wait, what? You know already? Oh right, the damn title of this blog post. So much for suspense, and the same goes for Mike Pence. Sorry, been doing too much rhyming. Without further ado, here is Rudolph, The Lame-Ass Lawyer.

END_OF_DOCUMENT_TOKEN_TO_BE_REPLACED

FREE download of Trumpatized at https://store.cdbaby.com/cd/antwoneedwards. Great arrangement and recording by St Louis rapper Twon Ali of an anti-Trump rap poem I wrote. I am very hopeful that this is the last day that this song has any relevance as Democrats take back Congress tomorrow. Download FREE and enjoy or stream on Spotify.

As I explained in a recent blog post, the live performance debut of Do It, a song I co-wrote, did not go well. I had taken video, and I wanted the band to hear it for themselves so that it would never be played live that way again.

The video is an mp4 and a very large file size, so I decided to use DropBox to share the file with the band. Here’s a screenshot of the upload.

So the band will have some feedback and the video by next June. Sound good? 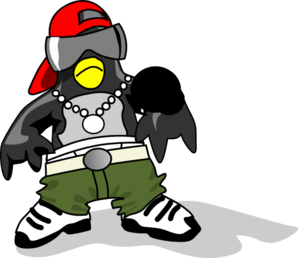 You probably didn’t believe me when I wrote that I needed a rap name for when I collect a Grammy for best new rap song. I think I have settled on J-Saggy, although KY-Jelly still intrigues me. Finally, at long last, here is the upcoming Rap Song of the Year, Trumpatized 2018, v1.0 …

END_OF_DOCUMENT_TOKEN_TO_BE_REPLACED

I am always surprised at the direction life can take a person. Who knew that I would be needing a rap name for when I accept the Grammy for best rap song of 2018? Allow me to explain …

END_OF_DOCUMENT_TOKEN_TO_BE_REPLACED

I want to give all my readers a short break from splitting their sides after reading another hilarious, but likely plagiarized blog post from me. This post is new and it’s very special.

The 2017 Jim Flanigan Looks at the World Follower of the Year (or JFLATWFOTY for short) just released this important new song about the recent Las Vegas massacre called “58.” Listen. Read. Enjoy. Contemplate. Act.

Welcome to a new feature this year on Jim Flanigan Looks at the World. I love music, so I asked myself why I wasn’t writing more about music. I didn’t get a reply since I wasn’t speaking to myself at the time, but I didn’t wait until I was speaking to myself again after having make-up sex with myself. I moved forward with this bold concept. Each week I plan to reveal my favorite song from my favorite musical artists, and along the way provide some insight as to why that song is my favorite. It may not be the best song ever done by the artist profiled according to critics, or the best-selling song, but the song I like the best. You are welcome to disagree and offer your own fave song. There is no wrong answer (is what I always wanted to hear my teachers say, but never did).

Some weeks this may be easy. For example …

END_OF_DOCUMENT_TOKEN_TO_BE_REPLACED

Sit back, take a break, and enjoy the latest tune from our musical collaboration (some say “supergroup”) called Sunsets Rising. It’s a song called “I Don’t Know Where The Sunset Goes,” and I wrote it during one of my frequent trips between Chicago and St Louis while watching the sun set. Not much else to do on that drive, although I am dying to stop at …