I thought that my family fantasy football team name last week, Blue Waves, would be my last team name and cool looking logo for the season. 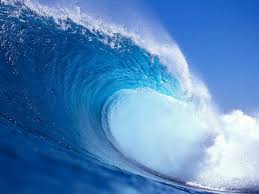 My season was over. I have a terrible team. I spent way too much time working on the mid-term election and not enough time on a small, inconsequential, low dollar family fantasy football league. Thanks Obama. I had had some fun poking my Trump-loving family members in the league. They poked back in jest with Trumpy team names of their own. They didn’t understand that there actually was a Blue Wave. One of my nephews named his team the Blue Puddles. Does he not understand basic math concepts of whole numbers and greater than & less than? And then this happened …

My team won. And this week, my team is projected to win again. If all the projections for games this week are correct (and they rarely are), I will wake up on Tuesday morning just one game out of the last playoff spot with 2 games left to play. There is still an infinitesimal chance I  can defend my championship from last season. And so I play on.

My team name has changed multiple times this week. I started out as Blue Wavers 30, to denote the 30 House seats flipped from red to blue. Then 32. Then 33. Then 35. Do you detect a pattern? Yes, that’s correct. Those numbers all start with 3 and are all divisible by 1.

Going into football Sunday tomorrow, my family fantasy football team name is Blue Wavers 36. I’ll be at the game Sunday night when my hometown Chicago Bears host the dreaded Minnesota Vikings. I’m afraid I may not pay enough attention to the game. I’ll be scanning Twitter and the AP news feed to see if I can make a team name change to Blue Wavers 37. It’s not so much a question of if, but when.

One thought on “Math is not a Fantasy”