Trump tweeted out this pic of himself hand-writing his inauguration speech himself on a pad of paper.

Maybe the Trump Wranglers want to go just a little easier on the embalming fluid colonics. And is he writing that in the shower?

Anyway, get ready for a plethora of dangling participles, sentence fragments, misplaced modifiers and many more literary flubs when he gives his self-written inauguration speech on Friday, as if you hadn’t had your fill of such literary faux pas already from reading this blog.

I do think the hand-written speech angle is quaint. I think Trump wants to evoke memories of a time when the country was less divided, like when Abraham Lincoln hand-wrote the Gettysburg Address. From that tweeted pic, it looks like Trump may have been around back then.

Should we be concerned that his new wax figure at the Madame Tussauds Wax Museum looks more lifelike than he does?

I don’t think they really captured the full enormousness of the triple chin/throat wattle, 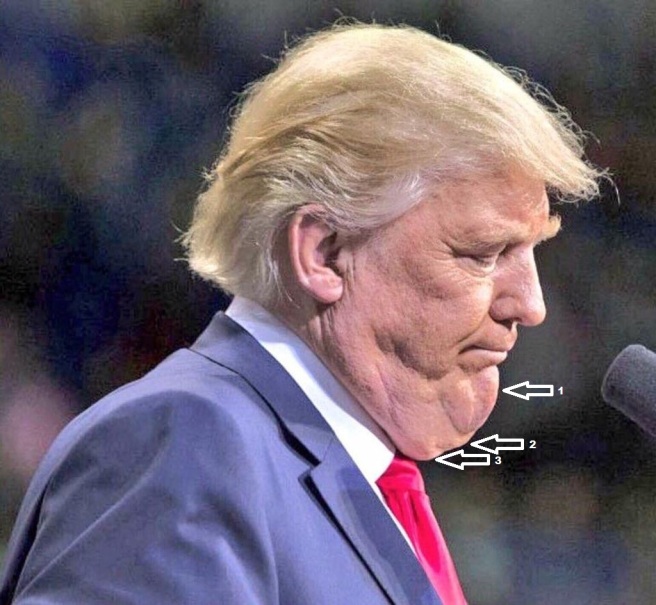 but that was probably a sound decision as it may have scared some of the children visiting the museum.

My hopes to avoid a Trump dictatorship have been dashed over the past few months by the vote, the failed recount, and not enough faithless electors in the Electoral College. My last hope is that they accidentally swear in the more lifelike wax figure on Friday rather than Trump himself. Just keep those hot lights turned down low please. I’d hate to melt our new leader, or would I?