I saw some 3-5-3 haiku on Twitter regarding Florida House Rep and Trump sycophant Matt Gaetz threatening Michael Cohen via this tweet. 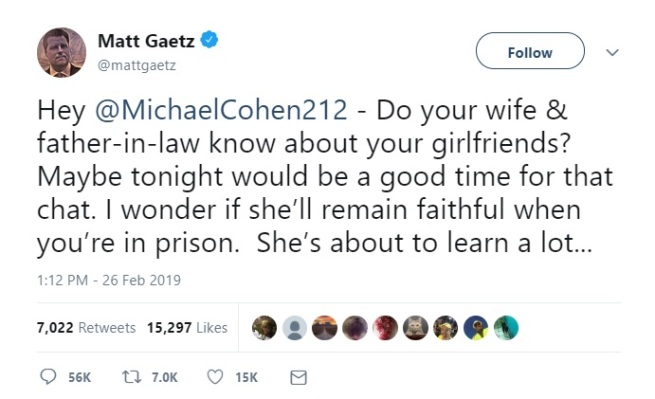 I could not resist trying my hand at some haiku. I came up with a lot of variations on the same theme, but finally settled on this.