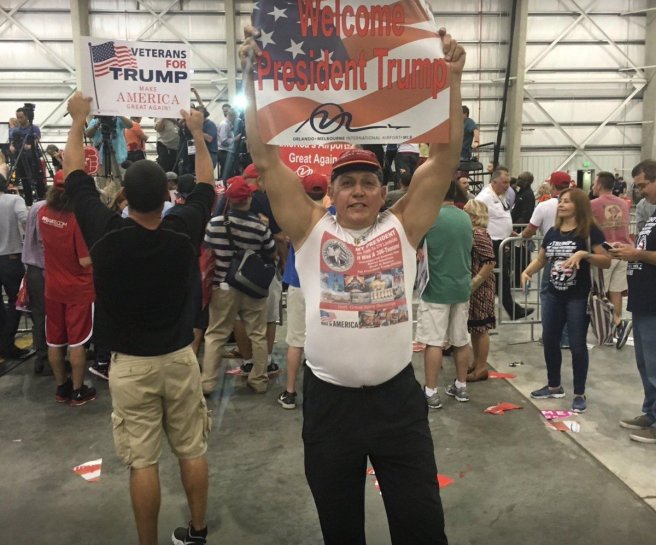 If there is a Cesar Sayoc Sr., I am sure he is so proud. But not about his son’s bombmaking skills. Thankfully, none have detonated. I’m guessing he took his bombmaking course at Trump University.

I hear that as late as 2012, he lived with his mother. That’s always either noble or weird for a 50 year old guy living with his mom. And he was working for a travelling male dance review. If I had to make the choice about living with his mom, I’m going to lean towards weird after hearing about his job.

I checked the genealogy of the Sayoc name. It appears that he is likely Filipino. Does that rule him out as a ‘white’ male? Will Trump vow to stop the caravan of migrants from the Philippines? Does Trump know the Philippines are not in Central America?

We now have a closer look at the van …

That’s scary, until you look closer. 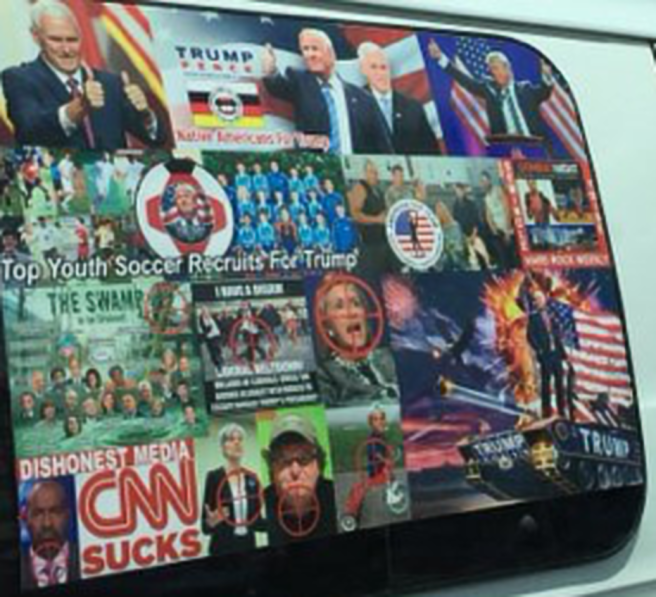 At close range, it is absolutely terrifying.

As we move from the arrest stage to the prosecution stage, I wonder if Jeff Sessions may have to recuse himself. I mean, Sessions does work for the guy that inspires all the hate in the USA these days.

I will conclude by reminding everyone that in Trump’s America, Mr. Sayoc is still innocent until proven guilty, unless he turned out to be a Democrat. In fact, as a Trump supporter, he may eventually be referred to as a very nice person. We’ll be watching Trump’s tweets.