Last weekend, I was an active participant in democracy, and now my Facebook is all askew. I blame a billionaire who I embraced on Sunday. I never thought I would type those words, or that my Facebook would be turned topsy-turvy. I will explain …

I started Sunday by executing one of my duties as Democratic Precinct Committee Person and canvassing the far western part of my precinct on my trusty bike.

My bike is the only way to go from door to door as the driveways of many of those homes are longer than the street I live on. One person asked if I was Republican or Democrat. Please. Would I be riding a bike if I was a Republican? I would have a driver.

After the canvassing, I went to the First Annual Tri-Cities Democratic Party Picnic. I had a chance to meet the next Governor of Illinois, JB Pritzker at the picnic.

Yep, he’s the billionaire that ruined my Facebook page. But he didn’t ruin my Sunday. He is such a great guy, and he didn’t even call for security when I embraced him and my hand reached his wallet in his back pocket. I think he’s searching his front pocket for mace in the pic below. 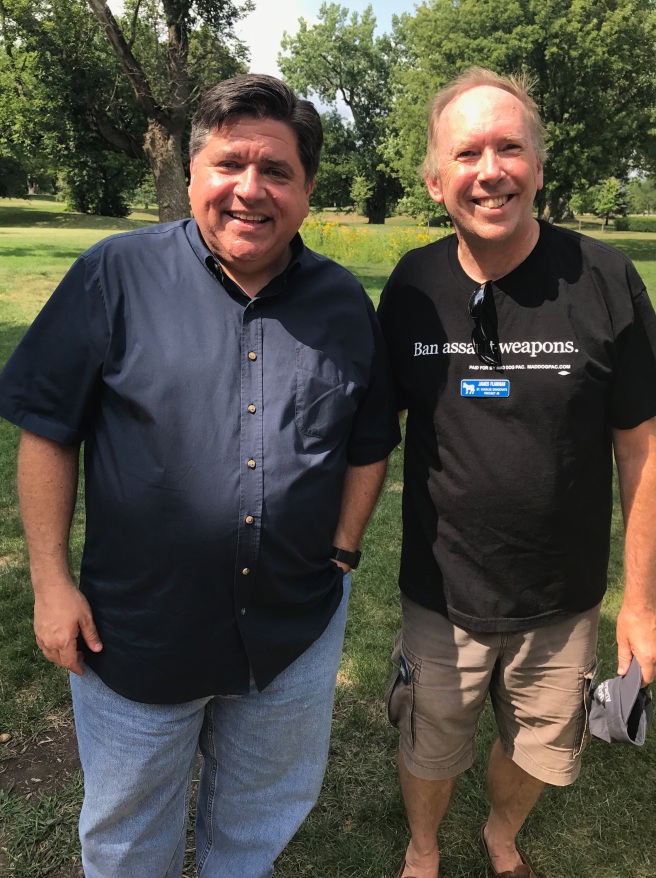 Yep, that’s me next to JB. I’m not a small man. I stand almost 6′ 2″ tall and my weight is on a sliding scale between 190 and 200 lbs. As a service for you metric lovers, that’s 4.1 cubits tall with a weight between 845 and 890 Newtons. JB is a big guy and I think JB knew he could have easily subdued me had I been able to coax more than half his wallet out of his pocket.

I like that picture of me, and not just because I’m touching a likable billionaire. That pic gives the impression that I have more hair on the top of my head than I actually do. I usually strive for a dignified combover like Woody Harrelson sported in the movie Kingpin. 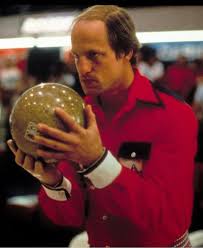 However, I often let my hair get too long and the combover tends to resemble Bill Murray’s in Kingpin.

I was so pleased with the pic of JB and the hirsute-looking me with deceptive combover, that I posted it on Facebook. And from there, JB ruined my Facebook page. People liked the post, and then their friends saw it, and then the JB-loving friend requests started coming in. Maybe they think I have access to JB’s billions or at least his wallet? I was soooo close. At first, it was just 2 or 3 requests a day. Now I have friend requests stacking up daily.

I don’t mind friending all those people as any friend of JB’s is a friend of mine. But that means the amount of posts I will see on Facebook grows accordingly, and I struggle to keep up now. My only hope is that these new Facebook friends are as unpopular as I am and rarely post, but what are the odds of anyone being as unpopular as me? Maybe a billion(aire) to one.

And finally, vote for JB Pritzker for Governor of Illinois or incur my wrath in the form of a Facebook friend request.