I was in a fit of pique Tuesday night over Trump’s potential war with Iran. I felt like that was the last straw. I was done with the USA. Sure, I will be on the ballot in Spring of 2020 as a candidate for Democratic Precinct Committeperson. But do I really want to live in a country that would elect me for any position?

First things first though. I needed to get my middle daughter up to Milwaukee for some dance thing in preparation for her dancing in Milwaukee over the summer. Yes, she’s majoring in dance in college. That’s the good news. The bad news is that she’s returning to college for a fifth year so she can also major in history. I’m not sure if she plans to be a dancing historian or a historical dancer.

After dumping my daughter off in downtown Milwaukee, my first sightseeing stop was the Arthur Fonzarelli statue. Who, you ask? That would be Fonzie from the old Happy Days television show, as portrayed by actor Henry Winkler. I’d love to show the selfie I took with The Fonz, but I couldn’t find the statue. In fairness, I didn’t look hard and didn’t leave the car. So as not to disappoint this blog’s readers (as if I could disappoint you even more than normal), here’s a pic I found on the internet.

Looks fun … until you get close. Take a look. 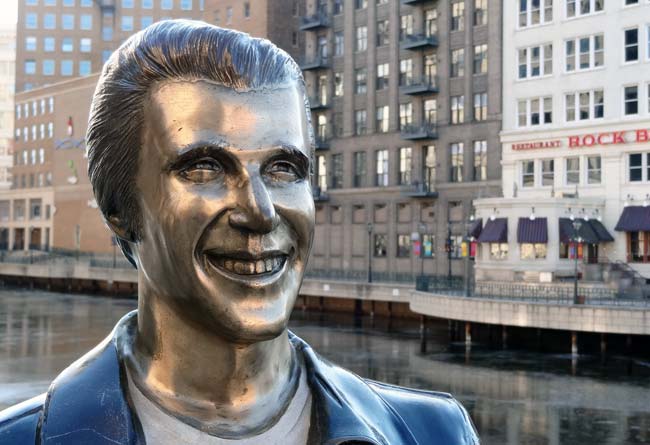 In fairness to my daughter, they do look real and very cool. 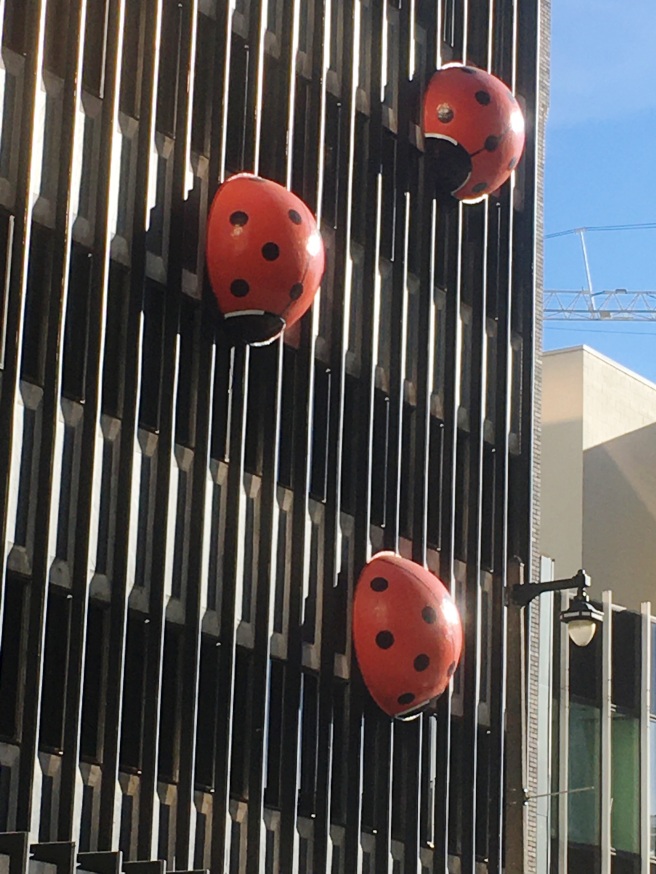 My final stop was the micronation of Talossa. Fortunately, I was right in the middle of it, so I didn’t have to go far. You can read all about Talossa on their official website. Here’s how they describe their micronation.

But I came across Talossa first as part of the atlasobscura.com website. That site showed Talossa located here.

So that is where I headed. I thought that maybe that was the capital building or the monarch’s residence or an empty lot with an upended sofa …

It’s got potential. If I do move there, I found a fixer-upper right around the corner from the empty lot and sofa. 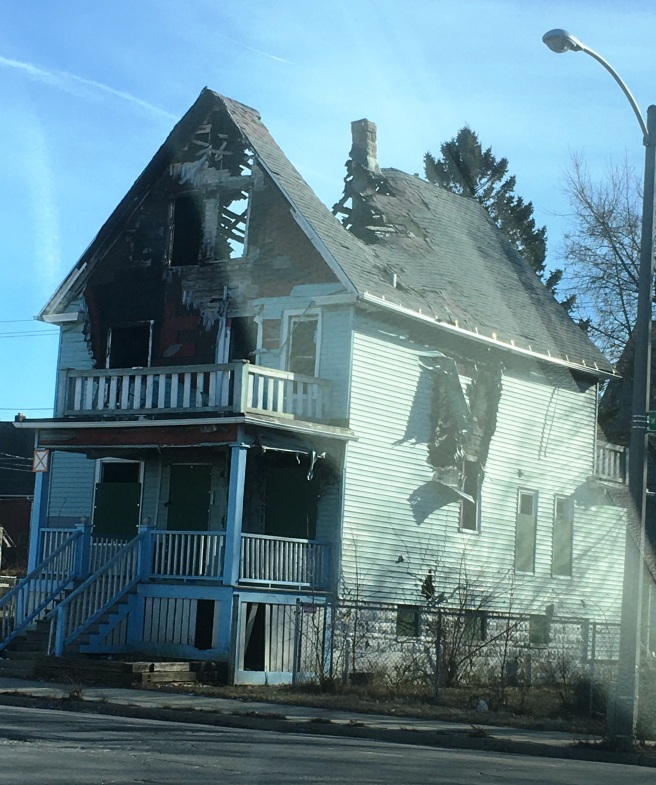 I’ve seen all the home improvement shows on TV. Looks like mostly cosmetic work to me.

After returning home and researching further about Talossa, I found I was way off. Here’s where Talossa is shown per the Google internet machine.

How convenient! Right down the street from a Panera Bread, Starbucks, and a Noodles restaurant with an ice cream place across the street. What else do you need? Talossa has it all! And it shows in their 2 Google reviews.

Needless to say, I have filled out an application to become a Taloosian, Taloosite, Toulouse-Lautrec, or whatever they call themselves. I’ll let you know if they accept me. If they do, I will immediately have second thoughts about moving to Taloosa.