I made my first women’s cosmetic purchase for myself recently, and I have to admit I sort of liked cosmetics shopping. Why did I start to shop for women’s cosmetics after all these years? I got tired of using my 10 year old daughter’s nail polish because it is just a bit too sparkly for my taste. 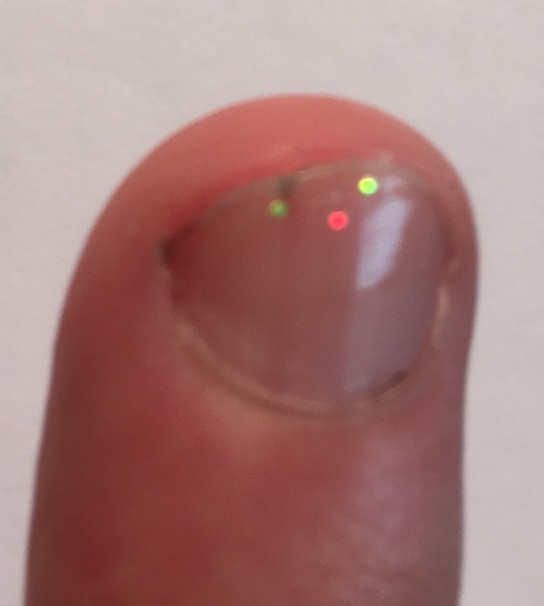 That’s my broken fingernail with just a bit of added sparkly pizzazz. My daughter’s polish did the job. I have a cracked nail and I need to cover it up and buy some time while it grows and heals. But I need to polish it almost every day, and each application of polish added new sparkles. So I went nail polish shopping.

I got to rub elbows with the ladies in the cosmetics aisle at the local store. After I assured store security that I would stop rubbing lady’s elbows, I got back to the business of choosing a nail polish. Can I get a drumroll before the big reveal of what I purchased?

Wow, double drumroll. I’m impressed. You won’t be when I reveal that this is the nail polish I bought …

Oops, before I lose everyone, let’s move this along to …

It turns out I am. Polish, that is. Pomeranian to be more specific.

Hmmm, I wonder how sparkly nail polish would look with those outfits.

I grew up being told by my mother that I was Irish, Slovak and German. Lies! My oldest daughter and well-known smarty-pants has delved back into our ancestry and has shaken the Flanigan genealogical roots. She has found that our German ancestry may be a bit diluted.

The region known as Pomerania spans across Germany and Poland, as outlined in yellow on the map below. 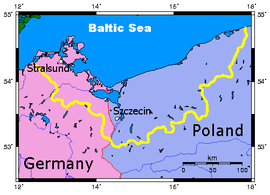 My daughter has traced our roots to Pomerania, just over the border into Poland, although that German/Polish border has been fluid at best over the years. When it comes to borders, Germans have been overextending themselves for centuries.

Apparently overextending themselves in diving, too. Ouch.

So should I move forward as Polish or Pomeranian? With the knowledge of my lineage having gone to the dogs, Pomeranian might be the better choice. I do like the native Pomeranian folk dances.