There is no discussion about whether my 2018 summer concert experience sucked or not. It did. I could see it coming for a variety of reasons that I don’t have the time, space, or desire to explain here. My 2018 summer music experience consisted of 3 consecutive nights of music detailed in this blog post and this one. Pretty sad since I live close enough to Chicago to attend the Lollapalooza and Pitchfork music festivals, and Summerfest in Milwaukee is just a couple hour drive away.

But that was where my 2018 concert experience was at when we got an invite from neighbors to see Rock & Roll Hall of Famers Cheap Trick over the Labor Day weekend at Naperville’s Last Fling Festival. The invitation came as a complete surprise since most people make it a point to spend less time rather than more time with me. I had always wanted to see Cheap Trick, so I didn’t mention their invitation error as we accepted and made plans.

By the day of the concert, our Chicago area weather had turned from warm, still days of summer to the unpredictability of fall. Hot and sunny one minute. Cool and wet the next. The day of the concert was just such a day. Storms were predicted that hot and muggy night after the concert should be over, but it was already sprinkling as we backed out of the driveway on our way to the show. Sigh! But on we went. I regretted not accepting our neighbor’s offer to buy the tickets for us just in case it got rained out. I was in an Eeyore mood and just not looking forward to parking a half mile away, sitting on a blanket in a wet, grassy area and getting drenched.

After parking, we walked towards the music, and I asked one of the festival people in a courtesy cart for the most direct way to an entrance. We were invited to hop aboard for a ride over. I asked her if we looked so old that we needed a ride. She politely didn’t really answer my question, but she told me that if I wanted to see old, just wait until we see Cheap Trick.

And speaking of looking old, as I waited in line with my ID in hand to get a wristband so I could buy overpriced beer, I noticed that IDs were being carefully checked. I extended my hand holding my ID, and a band was immediately attached to my wrist, ID unchecked. After that, I knew I was ready to give Cheap Trick a run for their money when it came to looking old.

As we waited for Cheap Trick, we sat through an opening act called Lucky Boys Confusion. I took a pic of them onstage for this blog post because the dark storm clouds were rapidly heading our way.

I figured if I posted a blurry pic, I could pass them off as Cheap Trick in this blog in case of a rainout. But I didn’t need to engage in any blog trickery. Before we knew it, Lucky Boys Confusion had finished their entertaining set, and the stage was being readied for Cheap Trick. But before that, we were treated to a show by an artist known to some as The Trash Panda. Pics follow. 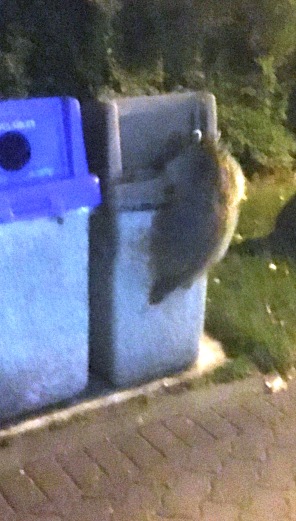 The raccoon was not very successful in scoring any edible trash, but it was the highlight of the show for my 10 year old daughter. Once Cheap Trick took the stage, it was all downhill for my daughter, and I’ll admit the show started a bit slow for my taste. Cheap Trick is a band that has still been making new albums over the past couple years despite their advanced ages, so their show started with the dreaded “new songs from recent albums.” Ugh. I found my attention wandering as I stared at this vein protruding from my left leg. 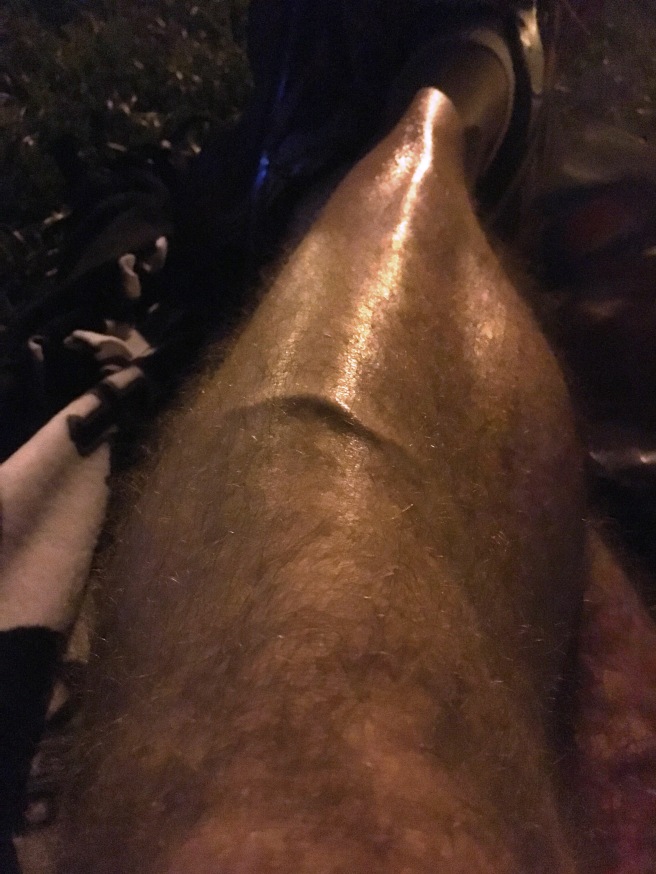 Why did I have a worm under my skin? And another one lower down towards my ankle?

Once Cheap Trick started to roll out some of their classics, my leg veins could no longer hold my rapt attention, and I obeyed the song lyrics as I surrendered my focus to Cheap Trick. However, it was too late for some. 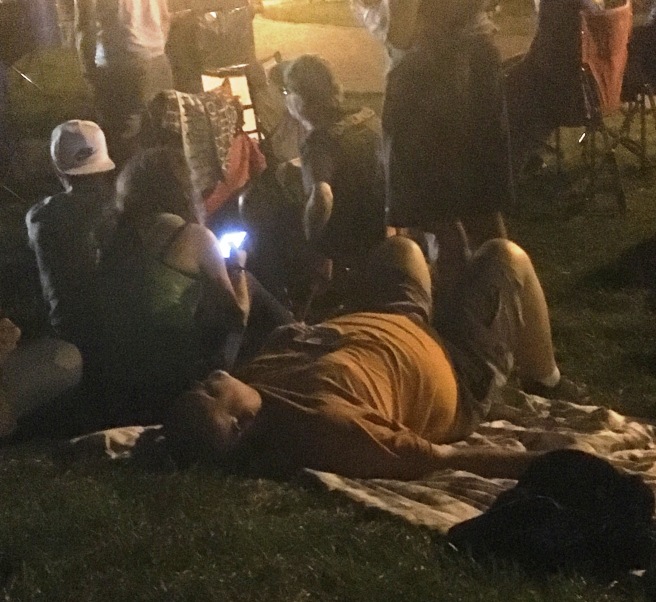 The rain held off and Cheap Trick played a full set as evidenced by these slightly less blurry pics of a band on a stage. 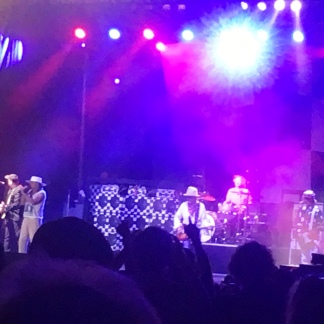 We really enjoyed the second half of the show and stayed dry. For those two reasons alone, this concert was a success and closed my pathetic 2018 summer concert experiences on a positive note.

But is it really over? Although we are into September, calendric (new word I am promoting meaning “according to the calendar”) summer doesn’t officially end for a couple more weeks. Maybe I can squeeze in one more late summer show. It’s not over.