After a wonderful first night on the road for business travel, I reluctantly checked out. I was ready for a letdown. Disappointment was oozing from my pores, but not because I was pondering my substandard business career or failures as a father, husband and friend like I usually do, but because my next hotel was not an Inn & Suites, but just an Inn. There is no way that just an Inn could be as good as an Inn with Suites. I was right. It was not just as good.

It was better! In fact, it was freakin’ awesome! I was frozen by the time I checked into the hotel. Why did I pick a week to travel to St Louis, located 400 miles southwest of Chicago, when it was colder in St Louis than Chicago? Oh right, once again I can blame my kids. I had to take a kid back to college that was halfway, so I continued on down. As we drove and saw the temperature gauge on my car plummet from 20F to 9F, I wondered if I could home-school her in her chosen major of performance dance. I’ll get back to you on that. And after dropping her off, as I continued on further south, the temperature continued to fall and stayed low, in the single digits for the duration of my visit, until I was ready to leave. It will be close to 60F in St Louis this weekend. Story of my life.

Anyway, my teeth were still chattering as I entered the room and headed straight for the bathroom. There they were, glowing like beacons in the night, reassuring me that it would be a good stay.

That’s right, wall sconces, and I’m talking two of them. Not a dimly lit bulb (not a personal reference) swinging from a hook in the ceiling glaring at me, but freakin’ wall sconces gently distributing the light to and fro’ in the bathroom. This was just the beginning of the wonders that I would delight in during my stay.

As I went to wash my hands, I noticed one, two and what’s that, maybe three bars of soap that I can take home?

Nah, just a shower cap hiding in the back, which I definitely didn’t need, or did I? I’m always at a loss as to what to do with my once or twice-used soap. Sure, I could leave it. You can buy 3 bars of soap for a dollar at the store. You can. Not me. I take my used soap. Although I wonder if my soap ended up in a landfill and it rains, would that make for a cleaner world? Regardless, I took my used soap, and the shower cap package made a perfect bag for it. 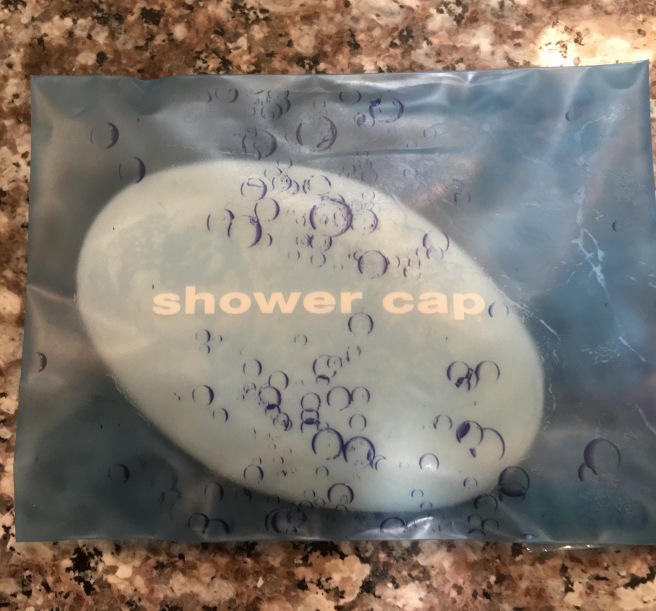 Cha-ching, there’s 33 & 1/3 cents saved! And I even used the shower cap! Read on to learn how, despite your best instincts.

Heading down for breakfast in the morning was a delight, despite what I first spied. As a pescatarian and a lover of good food, I am not a fan of the sausage gravy and biscuit breakfast so popular when I venture south of I-80.

But there it was. Ew. What are those black specks floating throughout? As I stared at it, I kept waiting for a waif to walk up to me with outstretched arms holding a bowl and ask for more gruel. Breakfast was saved for me when I found the veggie egg white omelets.

For my breakfast dessert (there is such a thing if you only believe), I was shocked when I checked out the yogurts. Sure, there was the standard yogurt down on the ground floor of the refrigerator, but up in the fridge’s penthouse suite where it deserved to be was the Chobani Greek Yogurt. Score! 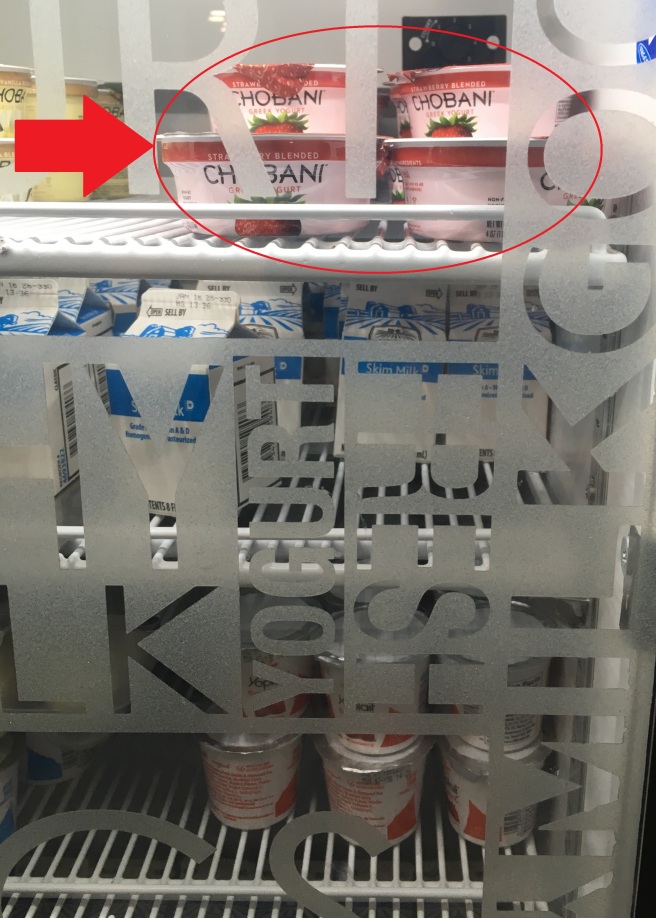 And that shower cap? No, it didn’t go to waste. It came in very handy for carrying some muffins and fruit out of the breakfast area.

All in all, a successful business trip as I left my Inn well-fed, stocked with snacks for the road and laden with soap. As for what I accomplished business-wise, meh.

2 thoughts on “Inn From the Cold”