I like the UK band Foals, and I love this song of theirs …

But that is not new music. That is a song from their excellent 2015 release called “What Went Down.” Foals happened to be in concert in St. Louis this week when I happened to be visiting for business, or perhaps it was that I planned a business trip to St. Louis when Foals was in concert. You see, if I try to see them in Chicago, this is what happens …

They sold out pretty quick in Chicago. However, in St. Louis I walked up on the night of the show and bought a ticket. 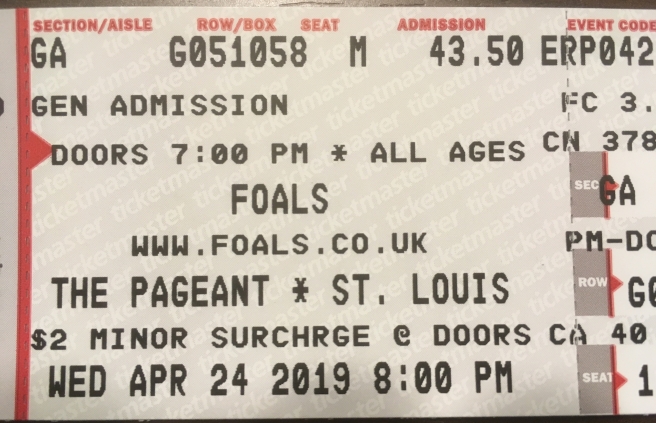 Ticket sales were light enough that the venue didn’t even open the balcony. A local at the show told me that St. Louis residents were ignorant when it comes to music. That worked well for me as I even scored a cushioned chair for the concert. 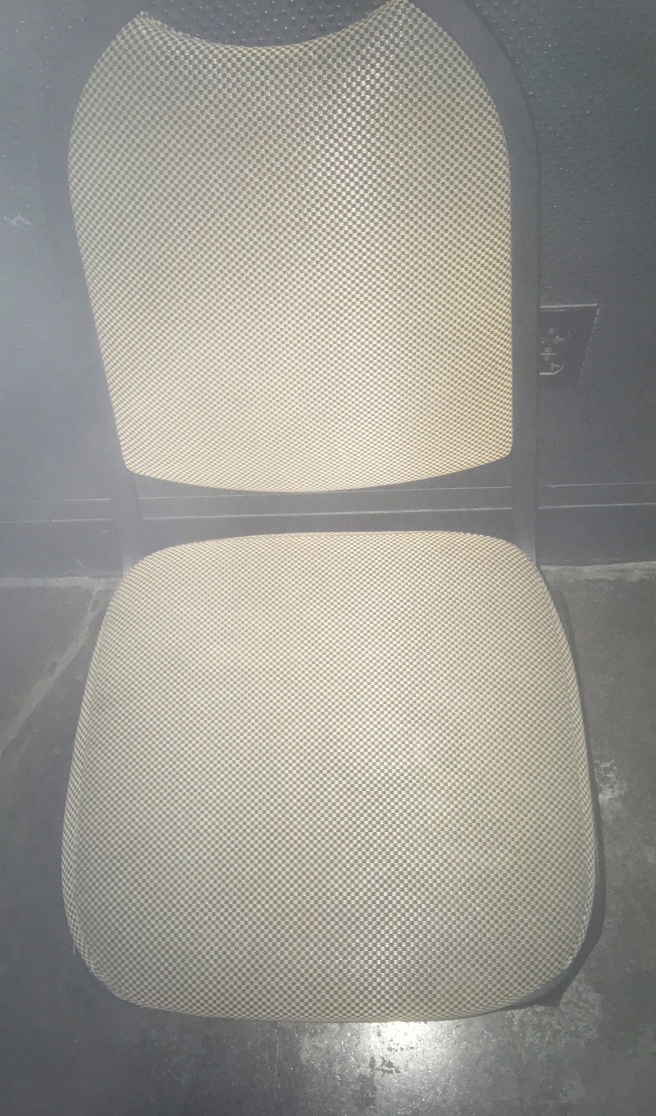 And if I had gotten tired, there was even an empty bench across the hall I could have tried to nap on.

But there was to be no napping as Foals opened the show strong with the song from the beginning of this post and this song that I consider a solid song from their new album released in March of this year.

But they rocked it harder, and they rocked the whole show much harder than I ever expected and harder than their recorded music suggests. They reminded me of an indie, semi-prog rock version of the Foo Fighters. I admired their confidence as they started the show with 2 strong songs from their current and previous albums. The crowd loved it, but where do you go from there? Well, they lost the crowd a bit in the middle of the show, and the crowd had actually thinned a bit by the time Foals ended the show strong and came back with this song from their 2015 album of the same name for an encore.

Do I recommend their new album? Nope. It’s not just me. Rolling Stone calls it prog pop that flops.

Do I recommend you catch Foals in concert? Yep. They rock hard enough in concert to even make new flopped prog pop songs sound great when performed live.