No, that title does not mean I’m talking about automatic envy, but automobile envy, although I do automatically envy my wife’s auto. I admit that I covet my wife’s car, despite it being the same model as mine and just 1 year newer.  I even did the work to find the best deal so we could afford it for her. Can you guess which is my wife’s?

Give up? Her car is the pretty blue one on the left. By the way, we don’t own them. We lease. We haven’t been able to afford to buy a new vehicle ever since the Yugo ceased production. 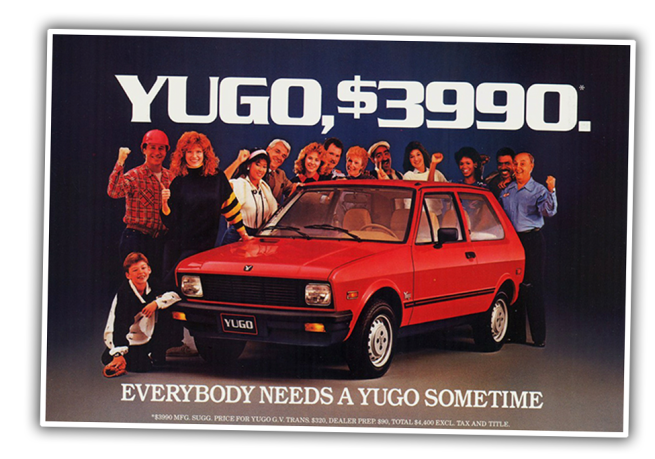 I could deal with my wife having a nice color car. I want nice things for her. I want her to have a nice color car, a nice comfortable life, a nice husband. I’m still working on those last two, but at least I got the car color one right. So there was no coveting until I looked inside. Because of this, I want her car …

First, she gets a pretty blue color around the speedometer and tachometer. I have no color, and neither does my car’s dash. But that little feature in the oval with the arrow pointing to it is what makes me covetous of my wife’s car.

Her car has a collision avoidance system. It watches the road (unlike me), and alerts the driver if the car strays outside of its lane. I wish I had such a system for my car and my personal life. In addition, the car automatically adjusts the steering to get back into the lane. That feature is easily overridden with your hands on the wheel in case you want to drive into that lamppost. But with no hands on the wheel (for example, when I am eating a messy burrito and semi-steering with my stomach), the car will do its best to adjust and stay in its lane. The car also will sense if it is following the car in front too closely, and will brake and shut off the cruise control if the distance between vehicles is insufficient.

The conclusion I have reached is that my wife’s new car is better suited for me. When I take my long driving trips on the interstate highways, I can set the cruise control and take a nap. The car will keep a steady speed while braking and steering when necessary. I can sleep while I drive rather than when I arrive at my destination. Just think of how much more productive I could be, or how much more time I will have to waste.

On top of all this, my wife’s vehicle is satellite compatible and comes with a 4 month free trial Sirius XM satellite radio subscription. Never mind that I canceled my satellite subscription that I streamed through my phone and Apple CarPlay. Her car has it. Mine doesn’t. I want it, although I won’t use it. Make sense?

Finally, I was not surprised that my car did not come with a CD player. Who uses CDs anymore? Everyone streams now, so I adjusted and stream. Except … my wife’s car has a CD player. Ugh. I want that, too.

There is one and only one feature that keeps me from wrestling my wife for the car, which actually sounds like fun. It is this … 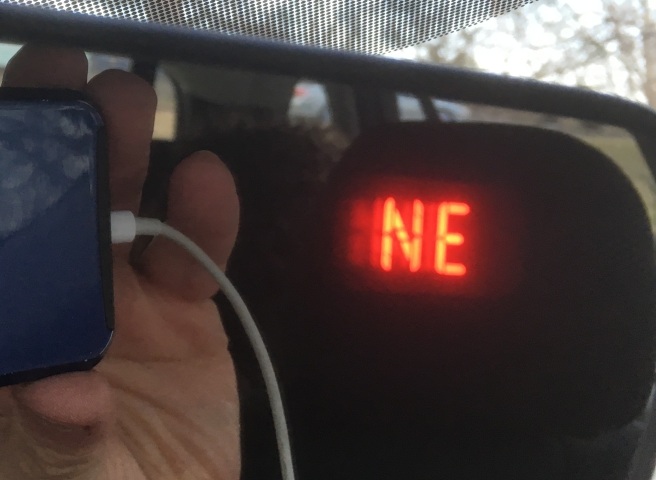 That’s right. My car has a compass in the rearview mirror and my wife’s car does not. Being a male (last time I checked), and refusing to rely on GPS for directions makes a compass a must-have for me. That one little feature with those little letters in my mirror is all all that is keep me from attempting a family car coup.

Follow Jim Flanigan Looks at the World on WordPress.com
Join 997 other subscribers