I saw this news article yesterday.

My initial thought upon reading that there are such things as Pablo Escobar’s Cocaine Hippos … GREAT NAME FOR A BAND! Can you imagine that PELIGRO text with the hippo on the bass drum? I want to see that band … NOW!

What is somewhat overshadowed in the title and story is that there were once giant llamas. Not as good a name for a band, but I want to see them, too. Not the band, the real thing. 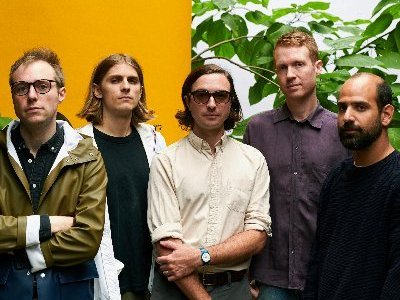 My business travel plans were to take me back to St. Louis next in mid-April, where just coincidentally I planned to see Real Estate in concert. If you are not familiar with that band, I was introduced to them through this song a few years back.

That song breaks a major rule of songwriting about introducing lyrics within the first 8 seconds of a song, and the one about not having a horse contribute to your music video. Regardless, I fell in love with their soft, indie, jangly, pop-rock sound. My oldest daughter advised me to stay away from the band because one of the band members was too sexual assaulty. They bounced his abusive ass from the band, replaced him with a new lead guitarist, and have a new album to be released within days called The Main Thing. Here’s a single released from the new album called “Paper Cup” that I highly recommend.