This Kansas man has been ruled “not insane.” 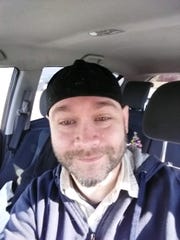 That’s right, he’s not insane despite filing a trial by battle request in an Iowa court to fight a duel with swords with his ex-wife or her attorney to settle a child custody suit and to “rend their souls from their (corporeal) bodies.” Well, what man hasn’t wanted to duel with his ex and especially her attorney? I’ve had dreams of dueling with my ex’s lawyer that go something like this.

In addition to not being insane, he claims his ex-wife and her attorney are the crazy ones. Full story HERE in the Des Moines Register.

But this next guy may want to hold off on the scrubbing.

Our crack investigative reporting team (that coincidentally happens to be on a crack bender) previously reported on this guy climbing onto a wine tanker truck and drinking the wine from underneath the tank while the truck was rolling along at highway speeds.

He was released from jail because of the zero-bail policy instituted as a result of the COVID-19 coronavirus crisis. Whoa, lucky break for him, right? Not so fast. Where’s his sandwich? He apparently didn’t get a sandwich he thought he had coming, so he immediately tried to steal a landscaping truck right outside the jail in order to be re-arrested and get his damn sandwich. He got his wish and was arrested again. His sandwich plan was going perfectly. However, vehicle theft also falls under the zero-bail policy, so he was again released. Full story details HERE in the Mercury News.

In fairness to him, I do hear that the Stanislaus County jail where he was held makes an excellent sandwich.