Hmmm, what is it about Holiday Inns and Trump circus events recently? Steve Bannon performed his white nationalist act to an almost empty Holiday Inn in Topeka, Kansas recently. And now 2 pro-Trump, anti-Mueller clowns performed their disappearing victim magic trick at a Holiday Inn in DC.

On the left, Jacob Wohl is a 20-year-old disgraced former hedge fund manager who earned a lifetime ban on futures trading and has since turned himself into a Trump-supporting conspiracy theorist online. On the right, Jack Burkman held a press conference with his pants fly open.

They were there to present a victim of sexual abuse at the hands of Russia Special Counsel Robert Mueller, a very serious charge. 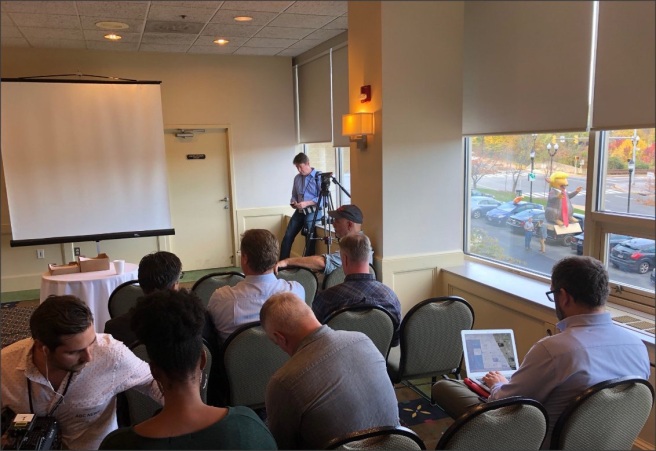 Hmmm, could be a Trump Rat Truck. Let’s take a closer look … 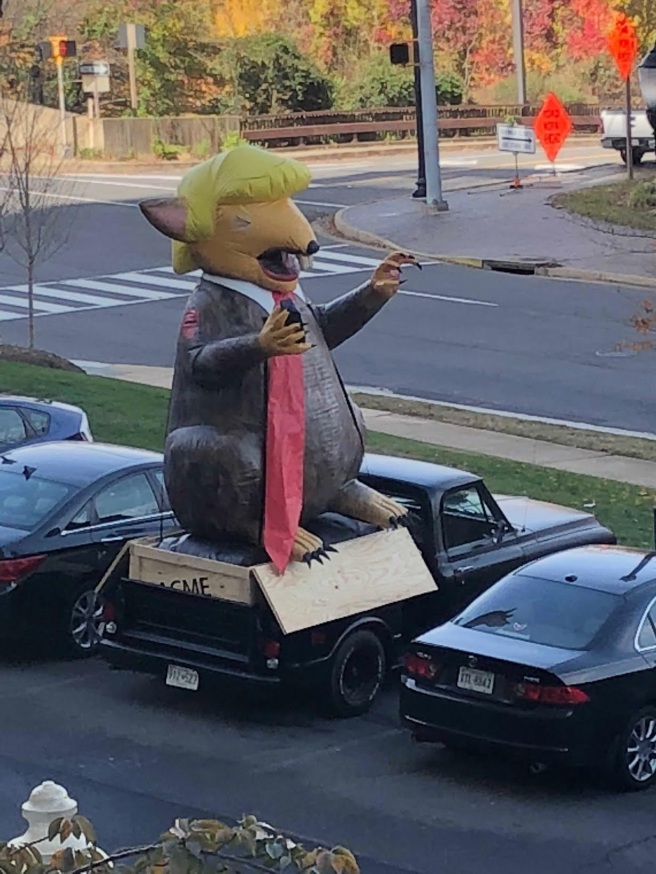 Yep, that’s definitely a Trump Rat Truck if I ever saw one, and I never have.

But Jacob and Jack have. Everyone wants their picture taken with the Trump Rat Truck.

And here’s the owner of the Trump Rat Truck, Claude Taylor of Mad Dog PAC, in the elevator with Wohl & Burkman. 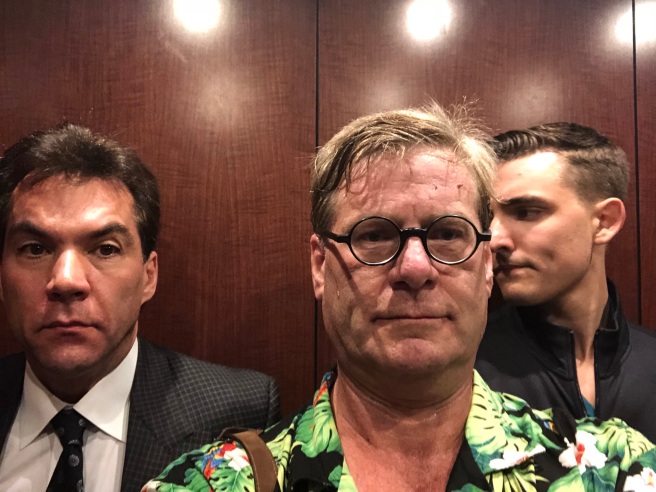 I guess Claude also wanted a picture of himself with a couple rats. Hey Jacob and Jack, going down? I think so.